No great sophistication or information about God is required to be reached by God. Edith Schaeffer tells of a man from a Lisu tribe far out in the hills of China. There was in him a great longing for a God he did not know. One day he found on a mountain path a age torn from a Lisu catechism. He read:”Are ther more gods than One?” – “No, there is only One God.” “Should we worship idols?” – “No…” And the rest was torn away.
He went home and destroyed his altars. Immediately his daughter became very ill and his neighbours taunting for making the demons angry. The man thought that if there was one true Hod perhaps he could reach God with his voice. He knew nothing about prayer, but he climbed to the top of the highest peak in the vicinity – twelve or fourteen thousand feet high – and shouted out, “Oh God if You are really there and You are the One I am to worship, please make my little girl well again.”
It took a long timr to climb back down, but upon arriving home he found the little girl completely well, with no time of recuperation needed.
She had recovered at the time he had prayed. Than man became an effective evangelist across the entire area. Edith Schaeffer comments: “There will be so many stories to compare with (this man’s) that I picture us taking thousands of years to find out about them all.” This is because the seeking God who constantly “monitors” hearts. 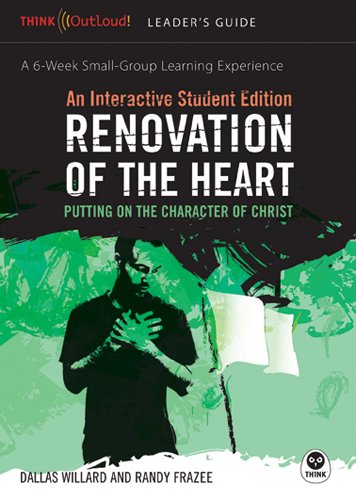 From the book "Renovation of the Heart: Putting on the Character of Christ (Th1nk LifeChange)"