In 1842, an Irishman named Joseph Scriven graduated from Trinity College, Dublin, and promptly fell head over heels in love with a girl from his hometown. They got engaged and, with great excitement, planned their wedding and began dreaming about their future together as husband and wife.

The eve of their wedding arrived at last, and Joseph’s fiancée saddled a horse to go and see him. Tragically, it was one of the last things she would ever do. A little later,
Joseph saw his bride-to—be riding towards him, and he grinned. But suddenly, just as she was crossing the bridge over the river, her horse bucked and threw her like a rag doll down into the river below. In blind panic, Joseph ran to the river, calling out her name. He plunged into the icy waters, but it was too late. His bride was already dead.

Heartbroken, Joseph emigrated to Canada, where eventually he fell in love again. In 1854, Joseph was due to marry Eliza Roche, but she fell ill and grew progressively worse. The wedding was repeatedly postponed until, three years later, Eliza died. Joseph Scriven would never again give his heart to another.

Back home in Ireland, Joseph’s mother was deeply concerned for her heartbroken son, and he in turn was concerned for her. One night, Joseph penned a poem to comfort her, little knowing that it would become one of the best-loved songs of all time. Several years later, a friend found it in a drawer at Joseph’s house and was deeply moved. ’The Lord and I wrote it together,’ Joseph explained. That poem, forged out of so much disappointment and pain, continues to call millions of people in their own Gethsemenes to admit their grief, their trials and temptations, their sorrows and their every weakness to Jesus in the privilege of prayer: 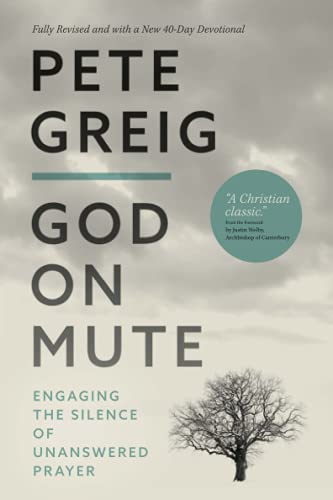 From the book "God on Mute"