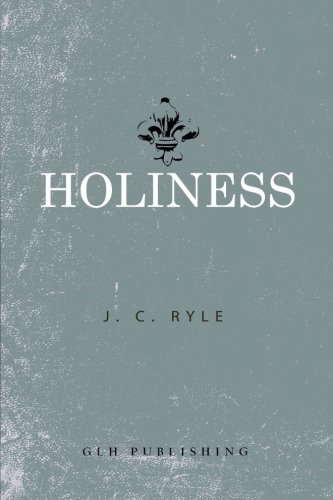 Contempt of religion: This also is one of your special dangers. I always observe that none pay so little outward respect to Christianity as young men. None take so little part in our services, when they are present at them use Bibles so little; sing so little; listen to preaching so little. None are so generally absent at prayer meetings, Bible Studies, and all other weekday helps to the soul. Young men seem to think they do not need these things – they may be good for women and old men, but not for them. They appear ashamed of seeming to care about their souls: one would almost fancy they considered it a disgrace to go to heaven at all.

""The fear of man" will indeed "prove to be a snare" (Proverbs 29:25). It is terrible to observe the power which it has over most minds, and especially over the minds of the young. Few seem to have any opinions of their own, or to think for themselves. Like dead fish, they go with the stream and tide: what others think is right, they think is right; and what others call wrong, they call wrong too. There are not many original thinkers in the world. Most men are like sheep, they follow a leader. If it was the fashion of the day to be Roman Catholics, they would be Roman Catholics, if it was to be Islamic, they would be Islamic. They dread the idea of going against the current of the times. In a word, the opinion of the day becomes their religion, their creed, their Bible, and their God."

Not thinking is one simple reason why thousands of souls are thrown away forever into the Lake of Fire. Men will not consider, will not look ahead, will not look around them, will not reflect on the end of their present course, and the sure consequences of their present days, and wake up to find they are damned for a lack of thinking. Young men, none are in more danger of this than yourselves. You know little of the perils around you, and so you are careless how you walk. You hate the trouble of serious, quiet thinking, and so you make wrong decisions and bring upon yourselves much sorrow

All of our failures are ultimately prayer failures.

Youth is the time when our passions are strongest and like unruly children, cry most loudly for indulgence. Youth is the time when we have generally our most health and strength: death seems far away, and to enjoy ourselves in this life seems to be everything… "I serve lusts and pleasures:" that is the true answer many a young man should give, if asked, "Whose Servant are you?"