The devil has many titles in Scripture, but his most effective guise has unquestionably been “the accuser of our brethren” (see Revelation 12: 10). He seems to know better than the church that when we come into unity, he is doomed. Therefore, his number one strategy against us is to keep us divided. His most successful strategy for this has been to get us to accuse one another. He does this by releasing a critical spirit, which releases criticism. Criticism is also the number one way by which we release the spirit of poverty into our own lives.

How you respond to criticism is another test. Jesus said, ‘For John the Baptist came neither eating bread nor drinking wine, and you say, “He has a demon.” The Son of Man came eating and drinking, and you say, “Here is a glutton and a drunkard, a friend of tax collectors and ‘sinners’”’ (vv.33–34).

Jesus is saying it is almost impossible to avoid criticism. As Aristotle said, ‘The only way to avoid criticism is to do nothing, say nothing and be nothing.’ Whatever you do, some people will find fault, but Jesus was not put off by criticism. He says, ‘But wisdom is proved right by all her children’ (v.35). Perhaps he means that, in the end, wisdom (and Jesus’ actions) will be proved by the results, or as we would say, ‘the proof of the pudding is in the eating’ (v.35, MSG). Jesus and John the Baptist were very different but they were both ‘wisdom’s children’.

Criticism is the cost of influence. As long as you don’t influence anybody, nobody is going to say a peep about you. But the greater your influence… the more critics you are going to have

Don’t rob God of what He does, the enterprise of vindicating those who are wronged. The problem is we tend to want to ‘help him out’. Big mistake. He gets off our case before you can bat an eyelash. But when we do nothing (yes you read correctly), but let Him work on our behalf, we will be so glad you did. 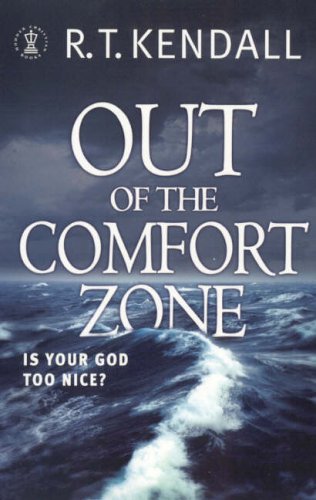