Now I see pain more clearly. Pain is not the enemy. False beliefs are the enemy. Lies are the enemy. We can waste years running from pain and avoiding difficult truths about ourselves. But when we get clarity around our pain, we can pursue the healing we need. We can stop fearing pain and begin to embrace it. Pain helps us see where something is unhealthy inside us. When you find out what’s causing the pain, you can get the help you need. 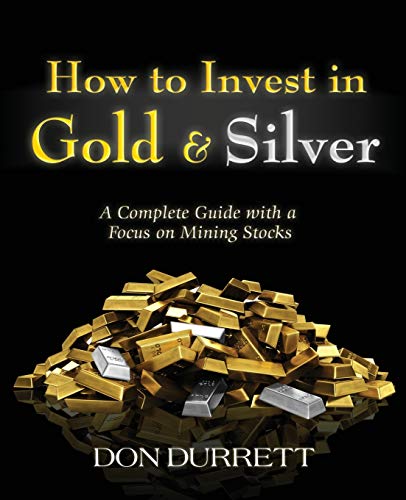 From the book "Mining for Gold"

For me Jesus has become the focal point of faith and increasingly I am learning to keep the magnifying glass of my faith focused on him. In my Spiritual journey I have long lingered over the margins, puzzling over matters like the problem of pain, the conundrum of prayer, providence versus free will. When I do so everything becomes fuzzy. Looking a Jesus, however, restores clarity.

When our pain outweighs our shame, then we are ready for change. As she brought her sin into the light, the love of God wondrously washed over her, and she went home with the hope and faith to be open and honest with her husband. Late that night, she shared the experience with her husband. He broke down weeping, pleading for forgiveness for not understanding and for the pain he had put her through for many years. He took her into the bathtub and washed her from head to toe and anointed her with oil, praying that God would cleanse her from every sense of shame and uncleanness. Then they had one of the greatest nights of their life, just a few years late.

But uncomforted pain can leave a wound for a lifetime. No matter how well your earthly father may have provided for you, even if you lived in a large home, wore the nicest clothing, and ate the best food, if you didn’t feel protected, comforted, or safe in his presence, you may never feel safe anywhere else in your life. If the wounds of your childhood were left uncomforted by your earthly father, you may never feel comforted in God’s presence. And you may spend your entire life looking for a place of safety and belonging, longing for a home.

Anyone who has ever performed physical exercise knows that there is little profit to exercising until your body feels a degree of pain. If you wake up the morning after exercising and you are not sore, you realize that the exercise only maintained your current condition. The same principle applies to your spiritual growth. If you do only what is comfortable for you, you will fail to grow. Whenever you are truly growing, there will always be an element of discomfort. You can look at it this way: “The dogs of doom stand at the doors of destiny.” In other words, the things you are afraid of often hold the greatest rewards.

Forgiveness is the key that will unlock the closet in which all kinds of confusion, anguish, bitterness, rejection and pain are hidden away.

One of the reasons people perish without a vision (Prov 29:18) is that they cannot endure the pain and cost required to achieve a worthwhile purpose.

There was a story in Reader’s Digest about a little boy in India who was born without the nerve endings of the extremities of his body connected to his brain. In simple terms, this child could not experience physical pain. Now you know, we might think that would be marvelous to never have a stubbed toe, a headache, a backache, or all the other aches and pains that bother all of us. But this is a very tragic, unpleasant story. This little boy was about 10 or 11 months old, just beginning to walk around hanging onto things, when his mother was kneading bread over on the counter and smelled the odor of burning human flesh. She turned and saw her little boy with his hands on the hot furnace in the center of the room, and the doctors were just barely able to save his hands by skin grafting. You see, that child could not know that the furnace was hot, and the natural reflex built into each of us was not operative in this child. Consequently he was not protected by experiencing normal pain. Any normal child would probably have never touched the thing, and if they had they would have jerked away immediately. They would have experienced pain. They would have screamed and would have gotten help immediately without a serious bum. But this child did not have that protection. A few months later the child came in one day and collapsed in the doorway of the hut, and when the mother picked him up she noticed his foot was badly cut and he had an obvious loss of blood. Once again his life was saved by transfusions but you see his body could not say to his brain, “You’ve been hurt! Get help! You need attention quickly.” We need physical pain. The tragic end of the story came when the child was barely eight years old. He came in one day and laid down on the mat in the corner of the hut as is the custom in that country. The mother went over to check on him a few minutes later and found he was dead. An autopsy revealed he had died of a ruptured appendix. You see his body could not say to his brain, “You’re sick. You need help. You’re in trouble.” Consequently, survival was not possible.