As Richard Foster noted, “a carefree unconcern for possessions” is what “marks life in the kingdom.” 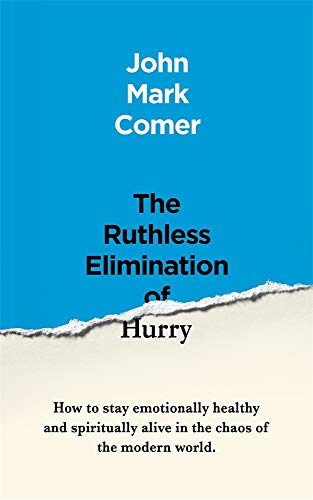 From the book "The ruthless elimination of hurry"

The Holy Spirit is the Christian’s batteries, coach, guide, prompt and power all rolled into one. What Jesus said to his disciples in Acts 1:3 before he left was basically like the old credit card slogan “Don’t leave home without it”. With the Spirit we have purchasing power to acquire territory for the kingdom of heaven.

The release of the presence of God, which carries in the Kingdom of God, happens through five actions that I am aware of:
1. Laying on of hands. This is a biblical mandate (see Heb. 6: 1-2). The Kingdom within us is released through the touch of faith, which is an intentional act for healing, blessing, or impartation (see Mark 16: 18; 1 Tim. 4: 14).
2. Proximity to the anointing. This is the principle that worked through the apostle Peter when the sick were placed in a location where Peter’s shadow would fall upon them as he walked by (see Acts 5: 15). Whatever overshadows you will be released through your shadow. This is what happened when Jesus’ garment enabled the woman with the issue of blood to be healed (see Mark 5: 28-29). The same applies applies to articles of clothing taken from the apostle Paul (see Acts 19: 11-12). The anointing of God was upon Peter, Jesus, and Paul to such a degree that even their shadows and clothing became saturated with His miracle-working power.
3. Acts of faith. Faith requires an action. Acts of faith release the Kingdom. Think about how often Jesus was brought into a situation of need because someone else had faith and took action by summoning the Lord.
4. Prophetic acts. Prophetic acts often do not seem to bear any connection to the desired outcome. Consider what happened when Elisha helped the men who had lost a borrowed axe head in the water (see 2 Kings 6). When Elisha told them to throw a stick into the water, the axe head floated to the surface. In the natural, wood does not have that effect on axe heads, and axe heads do not float. The only reason God’s power was released was because Elisha was obedient to perform the prophetic act. Physical obedience brings spiritual release.
5. Declaration. Nothing happens in the Kingdom without a declaration. When we say what the Father is saying, all of Heaven is brought into the equation. When that declaration is a testimony, we capture the momentum of the history of God’s dealings with mankind. Then a creative prophetic power is released into the atmosphere to establish the revelation of God on the earth.

Christ’s kingdom while not incompatible with patriotism, tolerates no narrow nationalisms 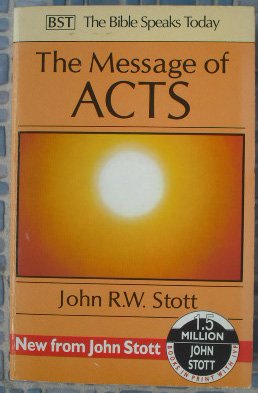 From the book "Message of Acts: To the Ends of the Earth (The Bible Speaks Today)"