Imagine Genesis if God approached his work as we so often do:

In the beginning, it was nine o’clock, so God had to go to work. He filled out a requisition to separate light from darkness. He considered making stars to beautify the night, and planets to fill the skies, but thought it sounded like to much work; and besides, thought God, “That’s not my job”
So he decided to knock off early and call it a day. And he looked at what he had done and he said, “It’ll have to do.”
On the second day God separated the waters from the dry land. And he made all the dry land ﬂat, plain, and functional, so that—behold—the whole earth looked like Idaho.
He thought about making mountains and valleys and glaciers and jungles and forests, but he decided it wouldn’t be worth the effort. And God looked at what he had done that day and ‘
said, “It’ll have to do.”
And God made a pigeon to ﬂy in the air, and a carp to swim in the waters, and a cat to creep upon dry ground And God thought about making millions of other species of all sizes
and shapes and colours, but he couldn’t drum up any enthusiasm for any other animals — in fact, he wasn’t too crazy about the cat. Besides, it was almost time for the Late Show. So God looked at all he had done, and God said, “It’ll have to do.”
And at the end of the week, God was seriously burned out. So he breathed a sigh of relief and said, “Thank Me , it’s Friday”

Of course Genesis looks nothing like that. Instead, it throbs with the refrain “God said… And it was so… and indeed it was very good.” 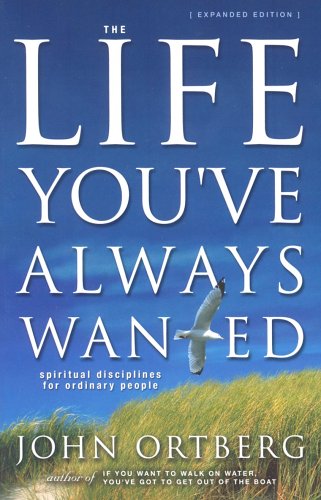 From the book "The life you've always wanted: Spiritual Disciplines for Ordinary People"