In 1906, when Maximilian Kolbe was just 12 years old, he had a vision which shaped the rest of his life. In it, he was offered two crowns, one red and the other white. ‘The white one meant that I should persevere in purity,’ said Maximilian, ‘and the red that I should become a martyr. I said that I would accept them both.’*

Maximilian previously wanted to become a soldier with the Polish army, but the vision led him to join the Franciscan novitiate as a 16-year-old instead. He was ordained in 1910, and immediately began to reach out to others so that they could encounter the love of God. Along with a small group of friars, he founded a monastery near Warsaw, which they used as an evangelism base. They made good use of modern communications technology, including printed media and radio (they even had plans for a movie studio), and as a result of their evangelistic activity, nearly 1000 people joined them over the next ten years, both in Warsaw and in another monastery that they set up in Nagasaki, in Japan.

World War 2 started in 1939, and Warsaw was captured by the Nazis. Because of his German father, Maximilian was asked to sign a register which would have given him rights and protection, but he refused. Instead, he and the few friars who had not fled provided shelter for Polish refugees and hid around 2000 Jews.

The Nazis eventually closed the monastery down and arrested the friars in February 1941, and Maximilian was sent to Auschwitz. A few weeks after his arrival, ten men from Maximilian’s barracks were chosen to be starved to death as an example to others in the camp. When Maximilian heard one of the men cry out in fear for his family he volunteered to take the man’s place.

Maximilian ministered to the other nine men as they all suffered extreme starvation and dehydration. After three weeks, only Maximilian and two others were still alive, so the Nazis decided to kill them with lethal injections. On that day – 14 August 1941 – Maximilian Kolbe received the red crown of martyrdom that he had seen in his vision 35 years earlier. 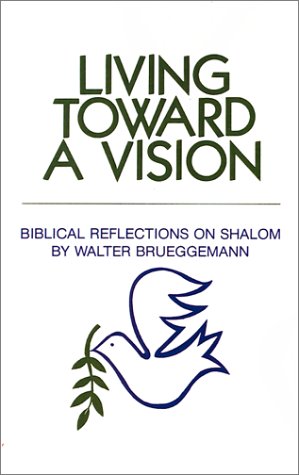 From the book "Living toward a vision"