Kids who know and follow Jesus understand that they are ministers called to serve. There is no better antidote to entitlement than serving. We must teach our children to seek out relationships and then seek to give to those people rather than to receive from them. For my son, it was simple and started early when I taught him how to open a door for other people in public. Since most stores have two sets of double doors, teaching him was easy. I would get the first door, invite him through, and ask him to open the next door. We then waited for the Princess and Queen (Corynn and Mom) to pass through. I would high-five Carson on my way through. He gets it, but he really got it when he held open the door for a rapper in Orlando, Florida. While staying at an Orlando resort over spring break one year, my lessons on chivalry continued. As we walked out of the hotel to the pool, we met a posse of what looked like very important rappers. I am not stereotyping—okay, maybe just a little. Seriously though, if you meet a rapper like P. Diddy and he steps out of a black Suburban with eight armed guards, you spot him right away. No immersion in rap culture necessary. The hat with a perfectly straight bill tilted sideways, mega chains, a modest amount of tattoos, and all white clothes—he was a dead giveaway. “Carson, quick, get the door,” I said. I caught Carson off guard because he had swimming on the brain. He held open the door, and the rapper was the first one through. He stopped, turned around, and looked at Carson for a second. Apparently, Carson had caught him off guard too. We had a special moment, because what happened next was unforgettable. The guy reached into his pocket, pulled out a wad of cash, peeled off a twenty-dollar bill, handed it to my son, and said, “Here, kid, go buy yourself a T-shirt or something.” Carson’s eyes were as big as saucers as he thought to himself, These tall people carry lots of cash . The good thing about Orlando is that in this tourist town, twenty dollars buys about six T-shirts at any gas station. Reminding Carson to open doors is no longer necessary; now he just does it because the potential of cash lurks around every corner.

Differentiation and separation begin around ages ten to thirteen. You can spot it when you start to see or sense active and passive resistance. Active resistance is vocal and argumentative: “I already cleaned my room this week and don’t feel like doing it again.” Passive resistance is nonverbal and dismisses or delays on requests. Kids drag their feet when asked to clean the room. Separation is part of social growth, differentiation is important for their personal identity and individuality, and opposition in its very nature creates autonomy. Like it or not, raising children to become adults means transitional rubs. It’s normal. Separation requires a new set of expectations for creating a close-knit family.

Margin is the space between my load and my limit. As a young dad and pastor, I often allow my load to exceed my limit, saying yes to every request for counseling, every party, and every meal invite. It wasn’t until a much older and wiser pastor asked me, “Who is holding a gun to your head?” that I woke up to how I was living. He taught me that if I don’t get ahold of my schedule, someone else will. I am a much happier pastor, husband, and dad because I learned the big word: “No!” 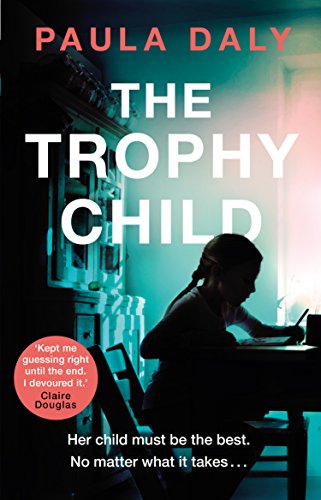 Parent Gut Check Vanity Parenting
Have you ever disciplined your children to meet the expectations of someone watching?
In what ways do you see your children as extensions of yourself?

Perfection Parenting
Is the bar set too high in your home?
What are some expectations that need to be lowered? Competitive Parenting
Can you think of two or three children you regularly compare to your kids?
What is driving your need to compare your children to others?

ROI Parenting
Do your children have the freedom to bow out of activities or sports they no longer enjoy? How do you define commitment to a sport or activity? Is it season to season? Year to year? Is it a commitment for life?

Gifted Parenting
Do you see your child as extra special? •
Have you ever found yourself saying, “He’s a good kid; he just fell in with the wrong crowd”?

Rescue Parenting
Do you automatically side with your child when you get a call from a teacher or coach?
Have you ever rescued your child too quickly before all lessons could be learned?

“How are the kids?” Every parent knows this question. It seems innocent and caring, but there are only two ways to answer that question. Depending on the depth of the relationship with the asker, we can either give a laundry list of successes and achievements, or we can venture into a more vulnerable, authentic answer. “Corynn is doing great! She just finished dance for the year with a recital last week. We have birthday parties, church activities, and play dates to keep us busy all summer. She got Mrs. Moore as a teacher for kindergarten, so we are excited about that.” That would be the most elevated and positive answer. What about a vulnerable answer? Here’s one you might not see on Facebook. “My son is struggling in school. He was cut from the baseball team and went over to track and field. He starts community college next fall. We are hoping he gets accepted. His girlfriend broke up with him last week, so he won’t be going to the prom. Pray for him. He is going through a rough time.” Facebook and other types of social media are stressful outlets for the competitive parent. If you’re one who struggles with envy while reading the posts of other parents on Facebook, please keep in mind that most posts are “best foot forward.” Comparing our children with the status updates of others is like women comparing themselves with magazine supermodels. It’s not real! On social media, people post carefully edited versions of their lives and create their own realities.

“Corynn, what does the dog teach us in the Bible?” I asked. “Don’t make me say it,” she said with a slight scream and smile. “Say it, say it, say it,” I humorously demanded. She refused to say Proverbs 26:11 , so I said the verse for her: “As a dog returns to its vomit, so a fool repeats his folly.” “Do we allow mistakes in this house?” I asked. “Yes,” she said. “What don’t we allow?” I prodded. “Repeating the same mistake over and over again,” she answered.

Loving parents who prioritize their children over their marriage give all of their time, energy, money, and words to the kids and give each other the leftovers. This is an unloving act for everyone involved. The greatest gift you can give your children is a mom and dad who love and enjoy each other. It provides kids with a support structure as they receive nurturing, care, and security from parents in a thriving marriage. The bond between husband and wife is to be stronger than the bond between a parent and a child ( Gen. 2:24 ).