It’s all about the sacrifice, all about the cross, so much so that even when John the apostle gets a vision of heaven and looks at the lion of the tribe of Judah, he said, and I looked and behold a lamb as though it had been– what, tell me? Slain. In heaven, you could see marks on this lamb as though it had been killed. Have you ever thought of this? The only work of man you’ll see in heaven are the marks of crucifixion on the body of Jesus Christ.

Did you know that if you were to read the four gospels and count the chapters that speak about Jesus’ first 30 years of life on Earth, you’d only find four chapters that even mention what was going on in the first 30 years of his life. But did you know also that 85 chapters speak of the last 3 and 1/2 years of Jesus’ life? So what do you think they’re focusing on, last 3 and 1/2 years? Of those 85 chapters, 29 of them focus in only on the last week of Christ on the earth. And of those 29 chapters, 13 deal with the final day of his life.

Drinking beer is easy, trashing your hotel room is easy. But being a Christian, that’s a tough call. That’s real rebellion

I know men and I tell you that Jesus Christ is no mere man. Between him and every other person in the world there is no possible term of comparison

Jesus is not Zeus. He was a sinless man not a sinless superman. He woke up with bed-head. He had pimples at thirteen. He never would have appeared on the cover of Men’s Health (he had “no beauty that we should desire him” Isa 53:2). He came as a normal man to normal men. He knows what it is to be thirsty, hungry, despised, rejected, scorned, shamed, embarasses, abandoned, misunderstood, falsely accused, suffocated, tortured and killed. His friends abandoned when he need them most; had he lived today, every last Twitter follower and Facebook friend who have un-friended him when he turned thirty-three – he who will never un-friend us. 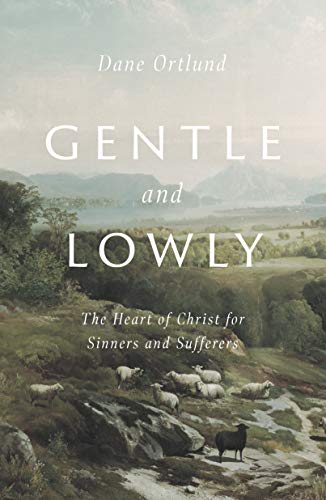 It is impossible for the affectionate heart of Christ to be over-celebrated, made too much of, exaggerated. It cannot be plumbed. But it is easily neglected, forgotten.

The experience of Shacklteon in the Antartic when on a perilous journey over ice mountains he and his colleagues were aware of a strange accompanying presence:

Who is the third who always walks beside you? When I count there are only you and I together. But when I look ahead up the white road there is always another walking beside you.

Jesus walks alongside you and says, “Walk with me.”

Before his rise to stardom, the controversial artist Kanye West wrote a song titled “Jesus Walks.” It was about how Jesus walks with all kinds of people and is told from the perspective of a drug dealer contemplating God. Kanye West played it to many music executives, who all turned him down because it didn’t conform to the the accepted stereotypical form of rap, But Kanye knew Jesus walks with any and all whatever side of life they come from. Kanye’s mum, in her biography of her son, recalls one night when 300 teenagers gave their lives to Chrisy after an appeal when Jesu Walks was performed.

Jim Irwin who was one of only eight people to walk on the moon (at least at the time of writing). He went to space agnostic, but returned a passionate Christian, leaving NASA to start his own Christian mission. He stated: